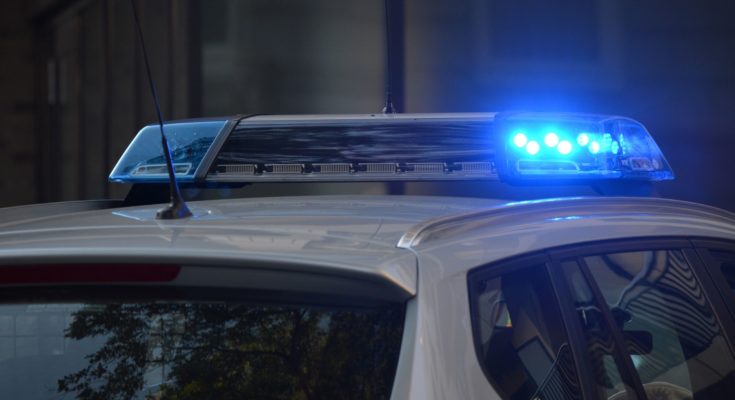 In response to EO 203, the village police departments for Saranac Lake and Tupper Lake hired a private company called Lexipol to rewrite their department’s policies. Lake Placid and the Essex County Sheriff’s Department had existing contracts with Lexipol prior to EO 203. Among other things, Lexipol provides policy manuals, training materials, and consulting services to public safety departments in the United States.

Through policy manuals and informational content, Lexipol promotes the legitimacy of a medical diagnosis called “excited delirium,” which they characterize as someone “exhibiting extreme agitation, violent irrational behavior accompanied by profuse sweating, extraordinary strength beyond their physical characteristics, and imperviousness to pain.”

Policy 428.3 has not been made publicly available by Lake Placid, Tupper Lake, or the Essex County Sheriff’s Department.

Lexipol’s primary article on excited delirium, Understanding Excited Delirium: 4 Takeaways for Law Enforcement Officers, was written in 2020, and they ranked it as one of their “Best Of The Best” later that year. The article begins by stating, “excited delirium is a real condition.”

The authors of the article (credited as “Lexipol Team”) build their case using a 2009 resolution from the American Medical Association. The quote Lexipol uses excludes a critical piece of context, which is presented in bold below:

“Although not a validated diagnostic entity in either the International Classification of Diseases or the Diagnostic and Statistical Manual of Mental Disorders, “excited delirium” is a widely accepted entity in forensic pathology and is cited by medical examiners to explain the sudden in-custody death of individuals who are combative and in a highly agitated state.”

Anyone reading the article without checking the source would be led to believe the sentence begins with the words “Excited delirium”.

The footnote for this specific sentence cites exciteddelirium.org, a defunct website that now redirects to yeastdoc.com, a yeast infection home remedy website.

On June 14, 2021, the American Medical Association (AMA), the very same organization Lexipol cites, published a new policy opposing excited delirium as a medical diagnosis. The AMA’s policy went on to warn against the use of certain pharmacological interventions solely for a law enforcement purpose without a legitimate medical reason.

The policy also acknowledged how excited delirium is disproportionately applied to Black men who die in police custody, stating:

Broadly defined as being in a highly agitated and combative state, studies show that the term “excited delirium” has been misapplied and diagnosed disproportionately in law enforcement-related deaths of Black and Brown individuals, who are also more likely to experience excessive sedative intervention instead of behavioral de-escalation.

The American Medical Association isn’t the only medical organization that does not recognize excited delirium as a medical diagnosis. Excited delirium is not recognized by the World Health Organization or American Psychiatric Association. It is not a validated diagnostic entity in either the Diagnostic and Statistical Manual of Mental Disorders or International Classification of Diseases.

In their 2020 position statement, the American Psychiatric Association said excited delirium is “nonspecific, lacks clear diagnostic criteria, and should not be used as a diagnosis until such criteria are validated.” The statement also acknowledges the disproportionate application of excited delirium to Black men in police custody.

Lexipol’s primary article on excited delirium provides the “key takeaways” for law enforcement from a 2019 webinar, also hosted by Lexipol. One of the panelists was Dr. Gary Vilke, a professor of Clinical Emergency Medicine at the University of California-San Diego.

Vilke has repeatedly testified in cases when someone dies in police custody. His conclusion is almost always the same — the police did nothing wrong. According to Vilke, it has been “20 years since he had last testified that an officer was likely to have contributed to a death.”

When asked if he believed Derek Chauvin killed George Floyd, he said Chauvin’s knee likely had nothing to do with the death, adding:

“There’s bad optics there. Is it having a physiological effect on [Floyd]? That’s doubtful.”

Law enforcement organizations, Lexipol included, often point to the 2009 decision of the American College of Emergency Physicians (ACEP) to recognize excited delirium as a medical condition. Those groups are less likely to acknowledge that three members of ACEP’s task force were linked to Axon, a corporation that makes Tasers and regularly attributes Taser-related deaths to excited delirium.

An article recently published in the New York Times revealed that many experts who help exonerate police after in-custody deaths have ties to Axon. Axon has a financial stake in ensuring deaths that follow Taser shocks are not attributed to the Taser itself, since their products are marketed as “non-lethal.”

Axon has even pursued litigation against medical examiners who attribute deaths to Tasers instead of excited delirium. These efforts have been at least somewhat successful, as a 2011 survey found that 14% of medical examiners modified a diagnostic finding because they feared a lawsuit from Axon.

While every Lexipol client has the option to customize their policy manual to fit their needs, elected representatives in the Tri-Lakes have not done so when it comes to excited delirium — or really anything else, for that matter.

View all posts by David Lynch →