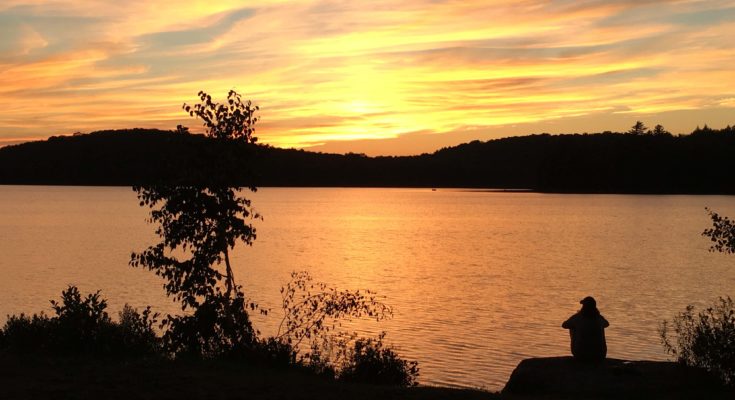 Last week, I was buying lunch in Keene and I asked the woman running the store if there were plans to close the business for a week, as many Adirondack businesses do in the spring. She told me they were closing for two full weeks because the entire staff has been working nonstop for the past year. They desperately want to hire people to take some of the burden off of their employees, but applications simply aren’t coming in. She said most businesses along the Route 73 corridor through Keene and Keene Valley are in the same exhausting place.

I asked her if a lack of affordable housing had anything to do with the situation, and she said yes. Service industry workers can no longer find affordable housing in Keene. Her voice resolute, her eyes pained, she explained to me how her friends and neighbors have watched the character of their community change in recent years. It went something like this: people who can afford such things were buying second (or third or fourth) homes to live in for a few weeks a year; community members organizing, working with the town to do something, anything, to slow the tide; no viable solutions and a fast, steady decline. She spoke a lot about loss and urgency, but underneath it all there was helplessness—she was telling me how she watched something she loves waste away and die.

Keene’s story is not unique. In fact, that train took Exit 30 off the Northway and has since cruised through Keene Valley, Keene, and Lake Placid, and now it’s here, in Saranac Lake. It’s in the station, and it’s unloading fast. Keene’s story is becoming our story—I am told a $400,000 home just sold in the village in less than a week, and median-income families and couples looking to buy homes are being outcompeted by people who can pay cash. I regularly see people posing the same question in neighborhood Facebook groups: “Does anyone know where to find an affordable apartment in Saranac Lake?” I understand this can all be dismissed as anecdotal, but the affordable-housing desert that defines Lake Placid and Keene is not anecdotal. We would be fools not to learn from it.

At 5:30 p.m. on Monday, April 19, there is a special village board meeting in the Harrietstown Hall to discuss short-term rentals in Saranac Lake. The topics on the agenda are a confusing mix—occupancy tax, noise, and parking seem to be the main issues at hand, not affordable housing. A housing working group formed on December 10, 2018, and later recognized by the village, might or might not be making a recommendation. As of this writing, there is no remote option available and the public will not be allowed to speak, despite the Adirondack Daily Enterprise reporting that “Quite a few locals are anxious to have their voices heard on this topic.” Count me as one of them.

I can’t speak to what the housing working group has been discussing in the last two-and-a-half years. From what I can tell, their meetings are not open to the public, there is no mention of the group on the village’s website, and if they provide updates to the village board it’s infrequent enough that I haven’t noticed. If they are busily brainstorming ideas, I am eagerly awaiting for the monsoon to land so we can discuss options as a community. What I do know is lack of affordable housing and short-term-rental houses are intertwined, and both have been identified as major concerns of residents here. The need to discuss this as a community, not in behind-the-scenes conversations, is long overdue. We need to do this together.

This is what I’m talking about. Currently, our village zoning laws do not prevent someone from buying a house in a residential zone and making it a short-term rental. As I write this, a bank-owned property behind my family’s house on French Hill is being renovated in preparation of going on the market. That house might be bought by a family of young professionals who would make great neighbors and contribute to the community, or it might be bought by someone who lives in Florida who wants to use it as a vacation home in the summer and an Airbnb the rest of the year. Meanwhile, a block away, there is a house that shares a lot with a cottage. The cottage is rented on Airbnb and the property owners live in the house.

Here is where it gets tricky. I understand people’s apprehension to regulating short-term rentals, but as a homeowner who’s raising a family here I don’t want to live next to a house that’s a revolving door with no oversight. But here’s the thing: If the homeowner lives on the property and wants to convert a garage, bedroom, shed, or cottage into a short-term rental, it’s extra income for the homeowners, who are also there to monitor what’s going on. That’s a lot different than an entire house being bought to use as a short-term-rental business.

Perhaps research and data could lead us to an update of existing laws that doesn’t hurt folks who want (or need) to supplement their income by making use of some extra space. It is hard enough to make a living in the Adirondacks, and I don’t think people should lose the option to rent spaces on their property for extra cash. On the other hand, noise ordinances and parking regulations are cool and everything, but they aren’t going to save the character of our neighborhoods and the vitality of this incredible community. We need to find a sustainable balance. My greatest fear is finding ourselves in a situation where our neighborhoods are peppered with short-term rental houses while the people who work here can’t afford to live here. It’s a slippery slope and we’ve found ourselves on it. I hope we brought our microspikes.

This essay isn’t meant to be a complete overview of the situation, nor do I claim to have all of the answers. I am only privy to what has been made public, after all, and it’s clear there is a lot more to talk about—housing was mentioned in Saranac Lake’s 2016 Downtown Revitalization Initiative plan, Lake Placid conducted its own housing study last year, and it seems like the issue is rising to the top of the public’s consciousness more than ever. I am certain my fellow community members feel an urgent need to talk about affordable housing and short-term rentals, and I am hoping my thoughts and reflections can serve as a catalyst for a much-needed discussion on this and the many other issues that affect us all.

Please engage respectfully, share your ideas and perspectives, and let Adirondack Independent Views be a place for us to come together. Thanks for reading, and stay tuned for more.